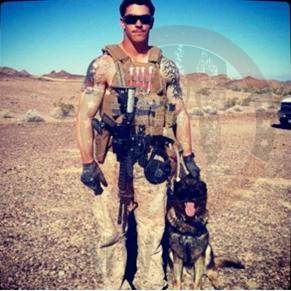 John Ashley, Joshua’s father, said his son was killed by hostile enemy action — the victim of an improvised explosive device. Corporal Ashley was with his military dog Sirius, a 4-year-old female German Shepherd, when he was killed. MWD Sirius is accounted for and survived the incident.

Thank you to the VDHA for sharing this Memorial information.

“Freedom is not free, but the U.S. Marine Corps will pay most of your share. ”
– Ned Dolan