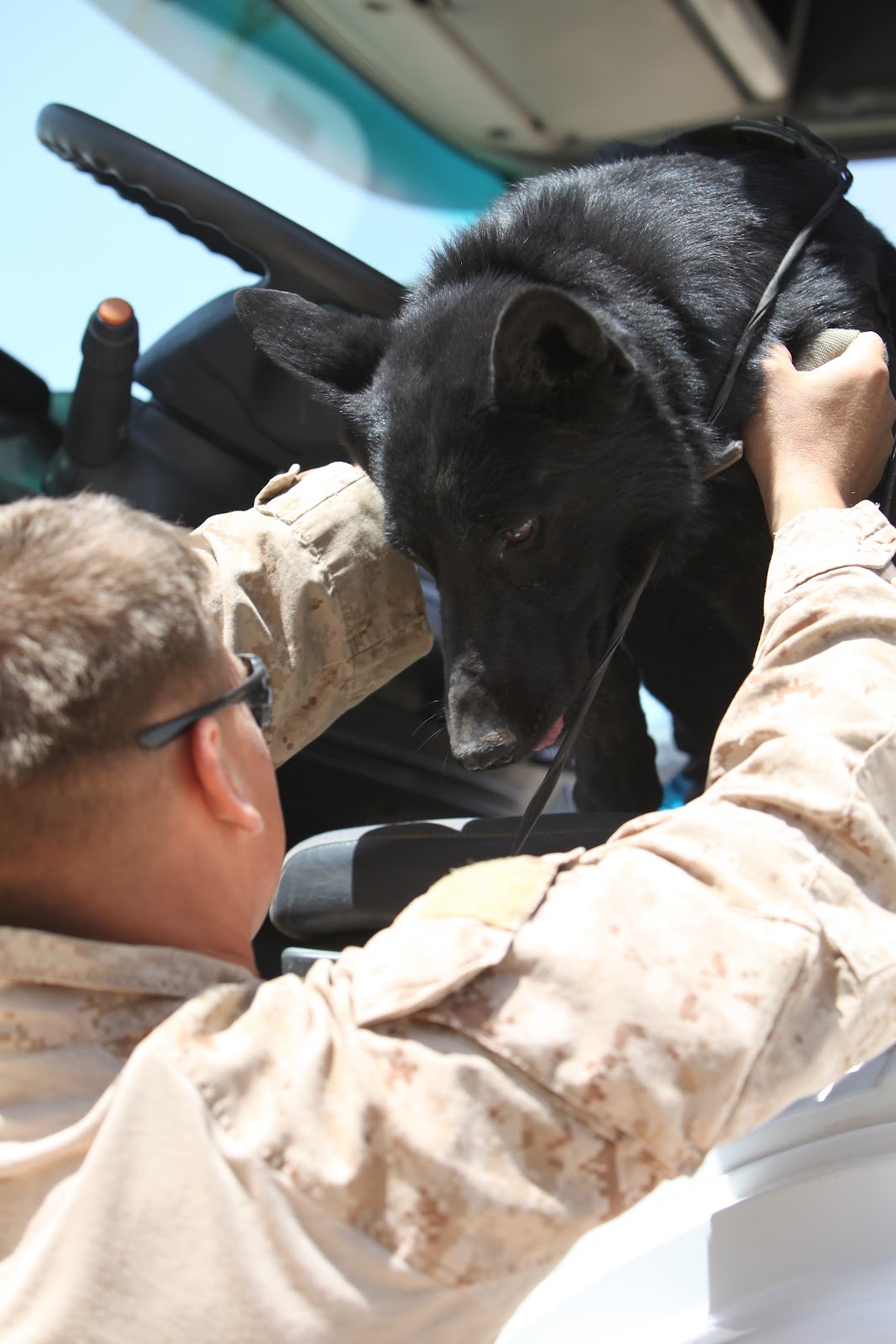 Cpl. Seth Sheppard, military police canine handler, Military Police Support Company, I Marine Expeditionary Force, lifts his dog, Fenji, out of the cab of a truck during a vehicle inspection prior to a fuel run in Helmand Province, Afghanistan, May 13. The military working dog is trained to detect certain odors that could indicate a threat to American forces.

A Memorial to Joshua R. Ashley