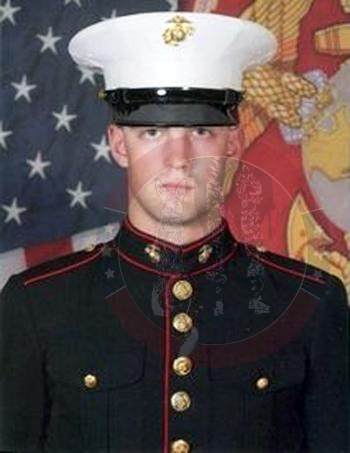 Cpl. Jeffrey R. Standfest, 23, was killed in action June 16, 2010, in an IED explosion in Helmand Province, Afghanistan. Cpl. Standfest was a dog handler with the 3rd Combat Engineer Battalion, 3rd Marine Division, III Marine Expeditionary Force. Cpl. Standfest had recently suffered a concussion in an IED explosion that killed his first dog. He had returned to duty with a new dog looking for more IEDs when he and that dog were killed. He was a native of St. Clair, Mich.

Thanks to Dennis Herrick of the VDHA for sharing this memorial.

Enyzi and his KONG toy