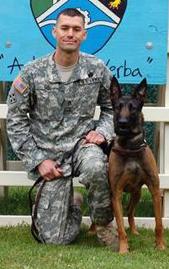 How to support to Military Working Dogs for Christmas